The official name , after a contest which drew over 200 entries is " The Little Duece Poop ".

This was built by a gentleman named Ron Cahill. I think it was the result of retirement, which means too much time on your hands. The way I heard it, Ron was puttering around the garage one day and there was this toilet, left over from a bathroom remodel, and a go cart that he built for his grandchildren years ago. Well, Ron thought "I could make something out of those"...and so the project began. Upon completion Ron started to bring his new  creation to some local Car Shows. As you can imagine it was a big hit, until he wrecked it. At this point the toilet car underwent it's first restoration. Only this time he had some new ideas, and modifications. When he completed it again he proudly brought it to the shows. OK you guessed it, he wrecked it a second time and wound up hurting himself. So back to the garage for it's second restoration in it's short life span. Now with even more modifications he was ready to ride again but, this time his wife Claudia intervened, and told him his riding days were over and that it was time to sell the toilet car. His response was who's gonna buy it. Claudia answered I know just the guy, and proceeded to call me. Well I took that as a compliment ( I think ).
I can proudly say that that my "Little Deuce Poop" is without question the most photographed vehicle at the shows. It's already made Cruisin Style Magazine.
I wish I could tell you all the hysterical comments that I get.  One that comes to mind was "Lance only you could make that look good" again I took this as a compliment ( I think ). I can tell you one thing it adds new meaning to the expression "Enjoy The Ride". 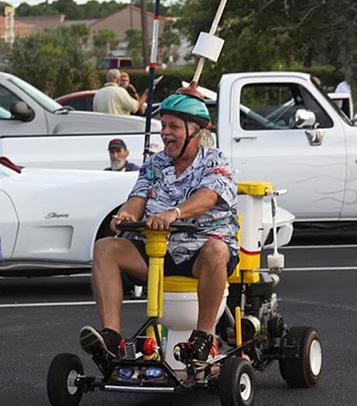 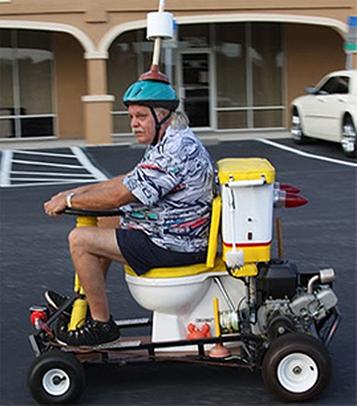 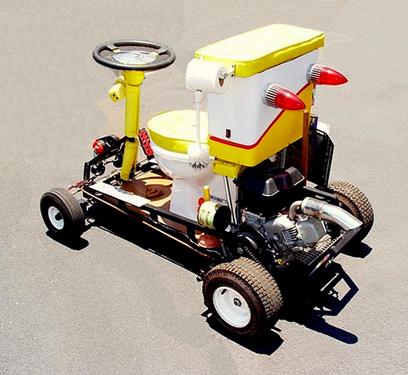 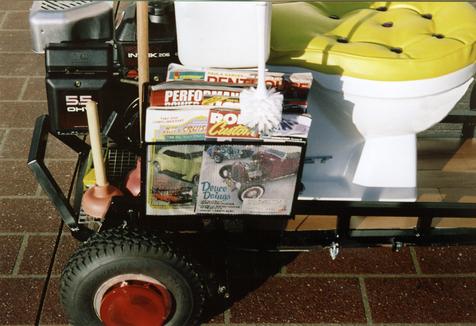 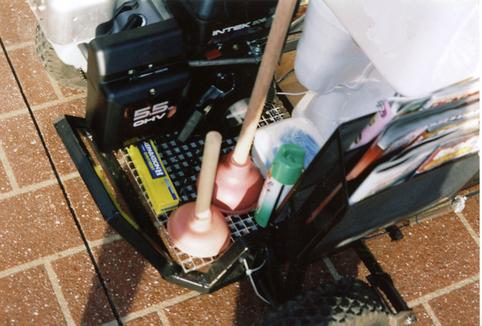 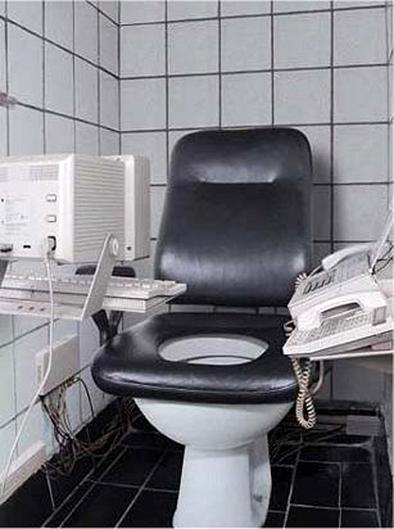 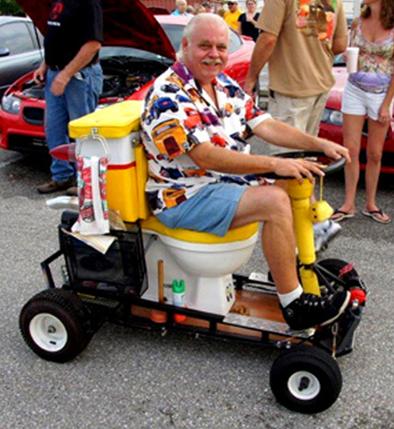 If you LIKE my RIDE you'll LOVE my OFFICE!!!​